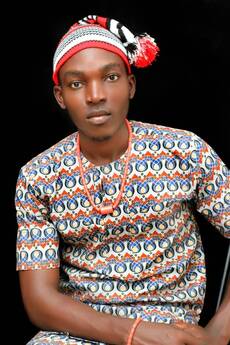 Izunna Okafor is a Nigerian Novelist, Poet and Journalist from Anambra State. He is also an Editor, Translator, and Igbo Language Activist who is passionate about sustaining and promoting the Igbo Language and culture.

A published and best-selling author, Izunna has authored several books including: 'The Curse of A Widow', 'The Faithful Children', and 'Ajo Enyi,' his debut Igbo novel and the fourth book which was published in 2015. He has also been published in many anthologies, both nationally and internationally.

In addition to these, Izunna is also a renowned journalist and columnist currently working with the Anambra Newspaper and Printing Coporation, the publishers of National Light Newspaper, Ka Ọ Dị Taa —which is the only Igbo Language Newspaper in Nigeria —and Sportslight Xtra.

He is the Editor-in-Chief of Chinua Achebe Poetry/Essay Anthology which is an anthology annually published in honour of Nigerian literary star, Late Prof. Achebe, and which attracts entries and submissions from different countries of the world. He is also Ambassador of TFA Africa in Nigeria; the ambassador of Read Across Nigeria in Anambra State.

In April, 2020, he was appointed the Project Coordinator, Writers Against COVID-19 Movement; and he was also the editor of the COVID-19 Poetry/Essay Anthology, titled 'Ripostes of Locked Down Voices', which is an international anthology of poems and essays on COVID-19.

His contribution to the Igbo language moment as well as his passion for creative writing have led him to be featured on a myriad of media platforms across television, radio, and the digital media.